Geography is about understanding the world.

In EYFS, the children are provided with opportunities to see how they interact with their environment  It is about children making sense of their physical world and their community by exploring, observing and finding out about people, places, technology and the environment.

In Key Stage 1, children are asked to begin to develop a geographical vocabulary by learning about where they live, as well as one other small area of the United Kingdom and a small area in a contrasting non-European country. The children will learn about the weather patterns in the UK and hot and cold areas of the world.

In Key Stage 2, the geography curriculum is all about expanding on the children’s prior knowledge. There are three focus areas; locational knowledge, place knowledge and human and physical geography.

Place knowledge examines similarities and differences by comparing a region of the United Kingdom with a region in a European Country, and with a region in either North or South America.
Human and Physical geography focuses on describing and understanding key aspects of geography such as; climate zones, mountains and rivers.

Map skills are also vital and children will look at a variety of maps, globes, atlases, OS maps and Geographical Information Systems (GIS) to enhance their map reading abilities.

The Year 4 children had a great time exploring the River Mersey, while on their fieldtrip. They explored the features of a river and the effects of erosion on the environment. They classified insects found in nearby ponds and looked at the types of insects who rely on the clean water source. This made them understand the problems which can occur with pollution in the river as the insects would need to find another clean water source. Their advice is to keep our rivers clean. 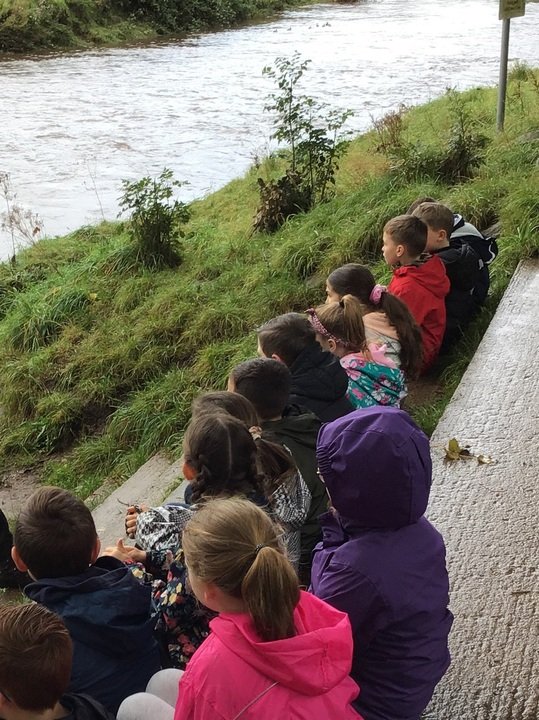 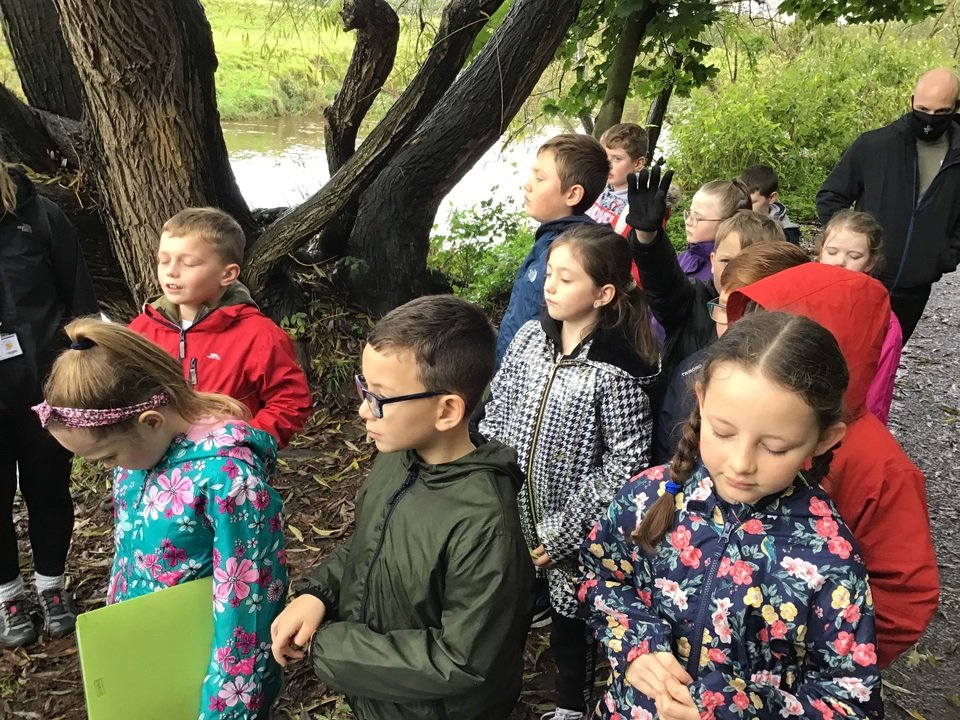 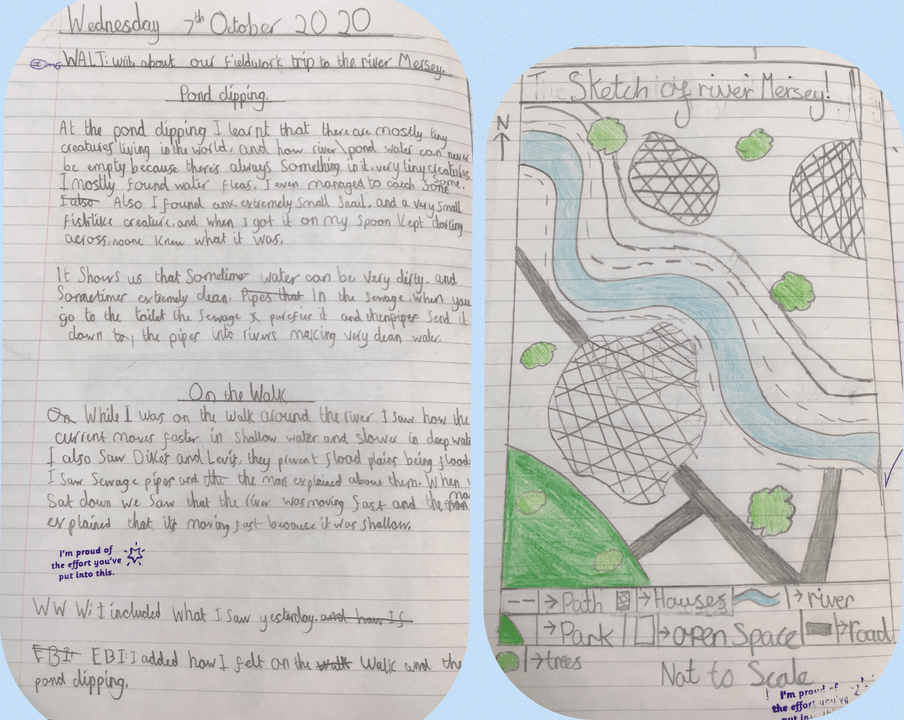 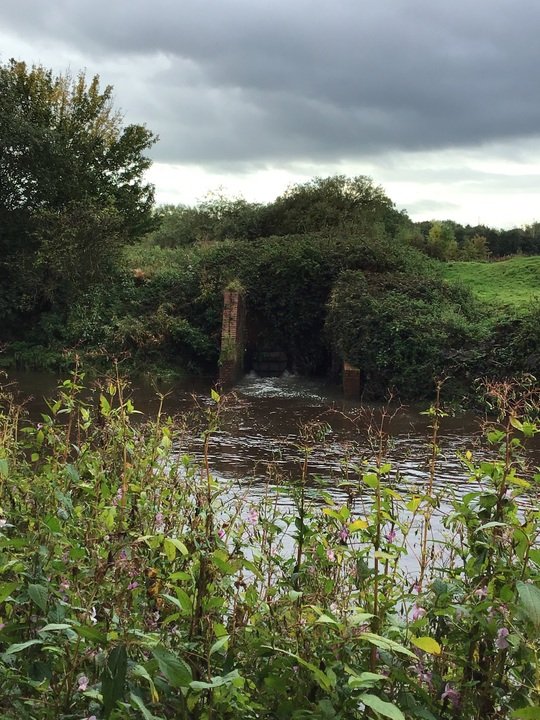 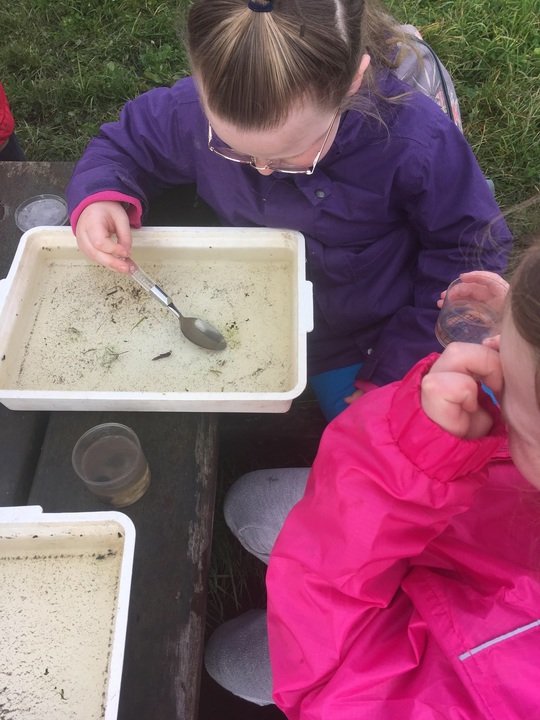 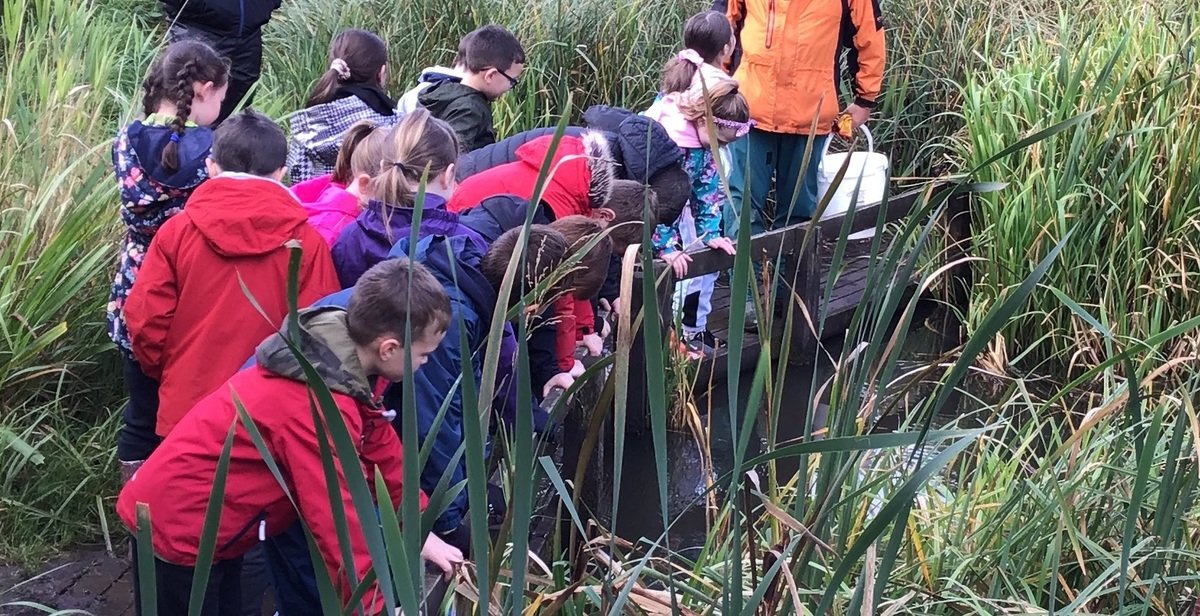 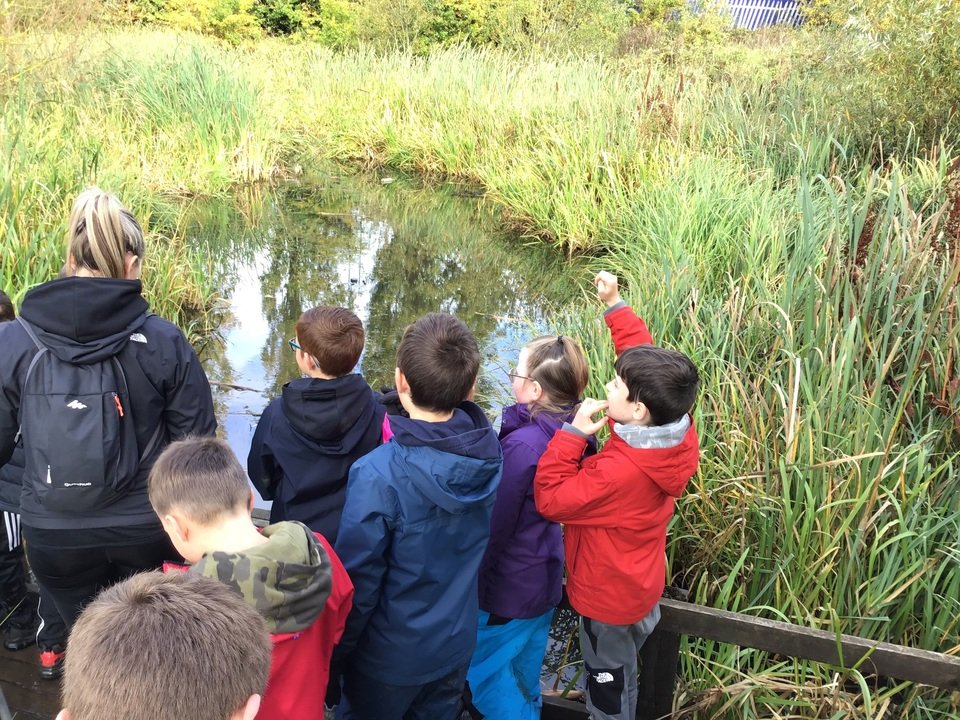 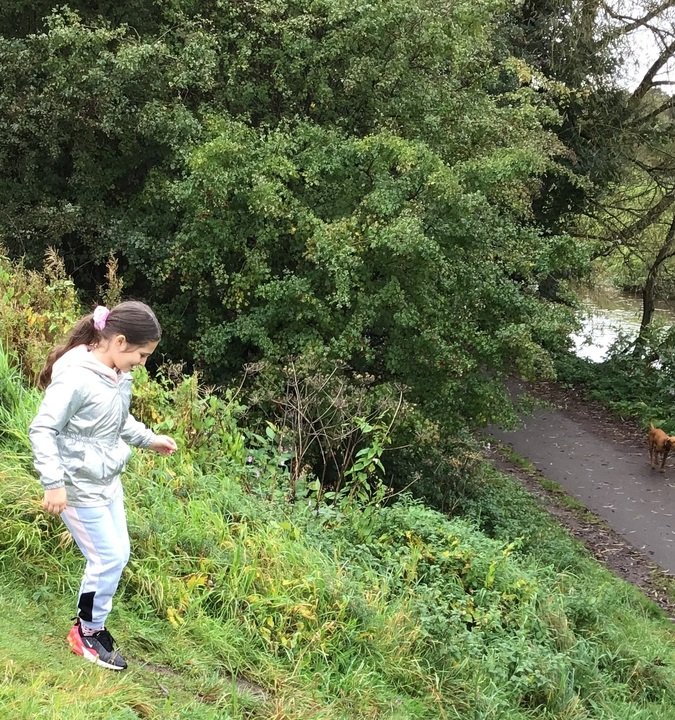 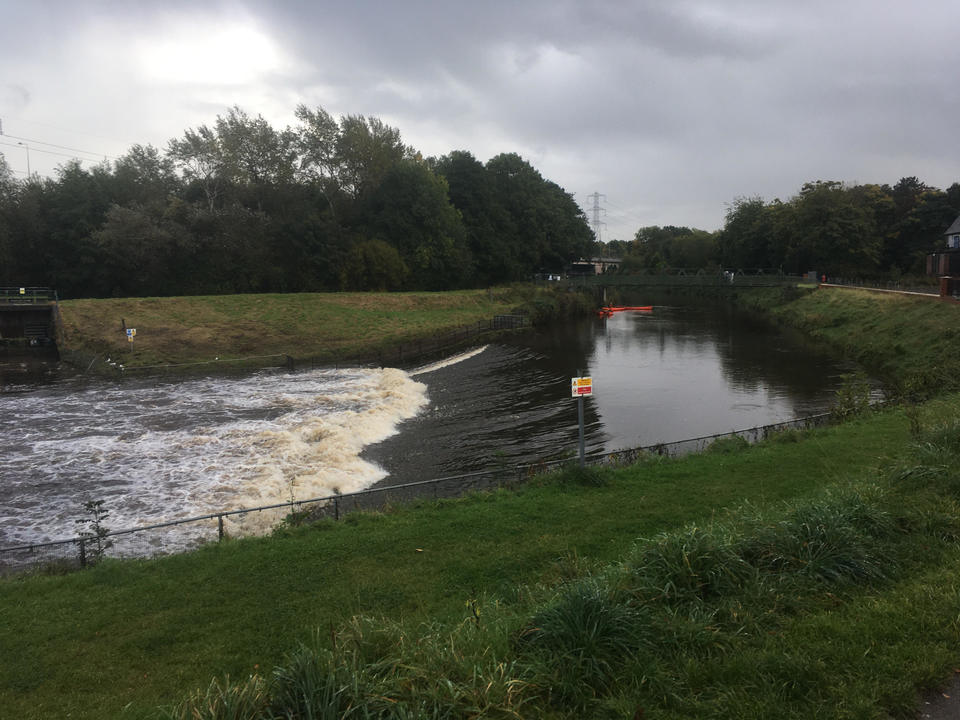 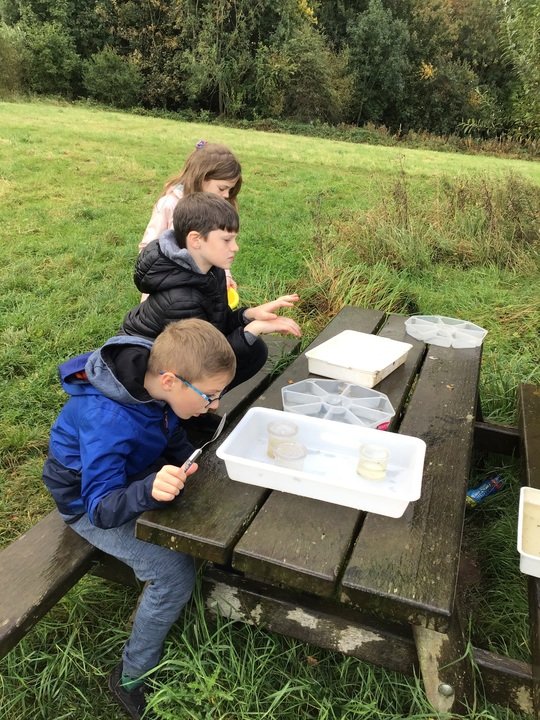 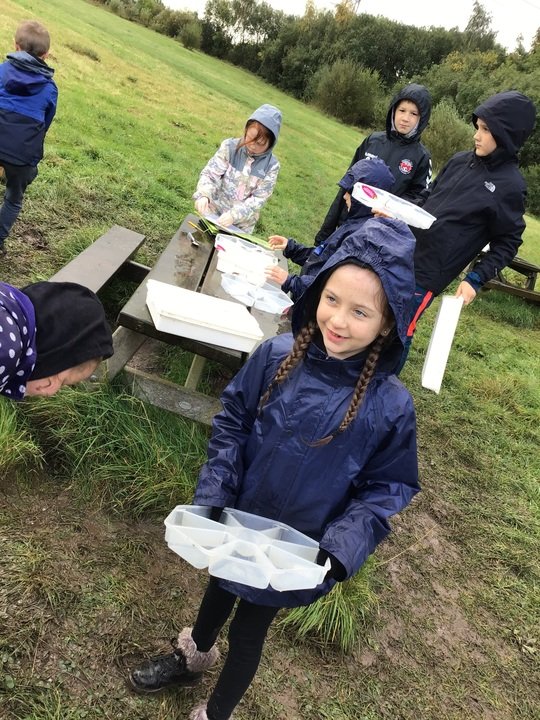 In Autumn, the children in Year 4 learnt about how rivers and mountains were formed. They found out about the main rivers in the UK and used their geographical knowledge to label them on a map. The children also looked at the changes that have occurred overtime such as flooding. In addition, children researched the effect that humans have on the growth and pollution around mountain ranges. The children also located mountain ranges of the UK on a map and used aerial photographs to identify mountainous areas. they consolidated this learning with a field trip to the River Mersey!

Year 4 also studied the Regions of the UK and labelled each region from a map. This was learning that should should have been in Year 3, though due to Covid wasn't taught in school. As a result, we put this learning into Year 4 to ensure there were no gaps in knowledge or skills.

The children compared various regions in terms of their population, climate and land use. They researched the human and physical characteristics of 2 regions which were the North West and the South West. Through this knowledge, they then compared the two regions based on their characteristics including population and climate. 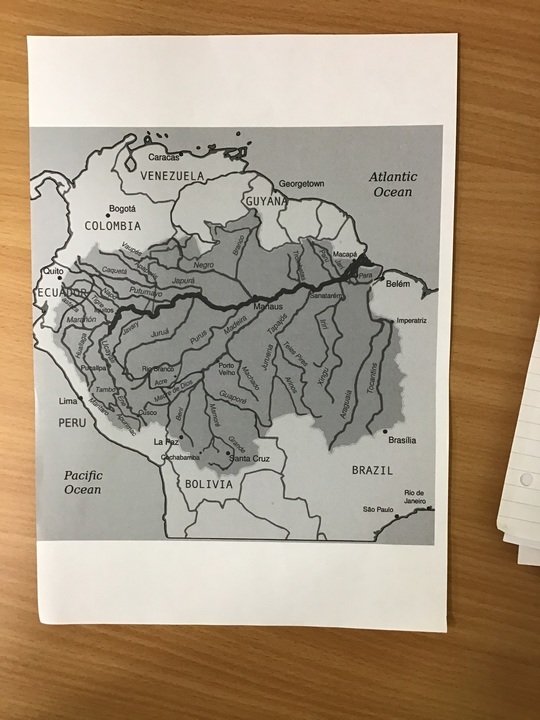 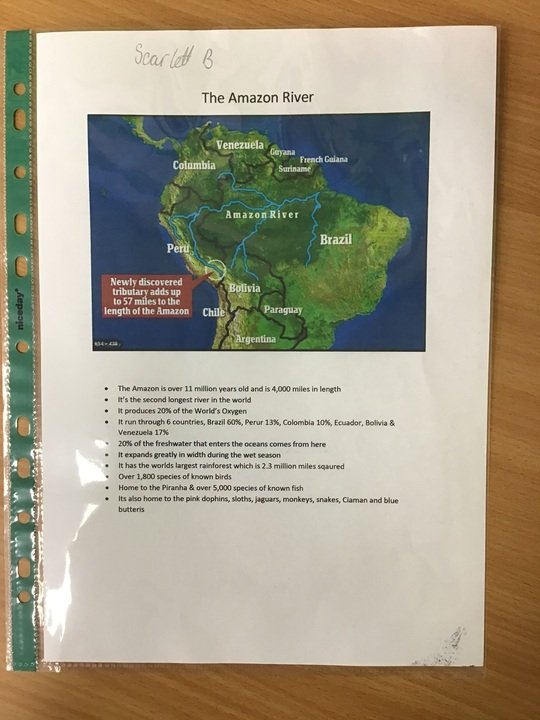 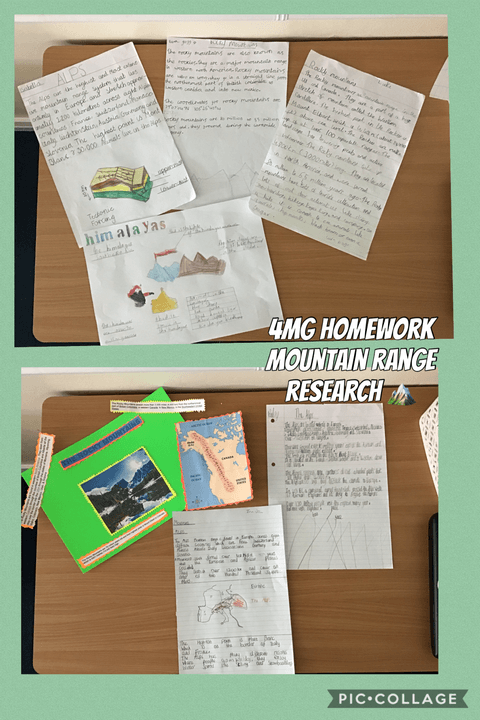 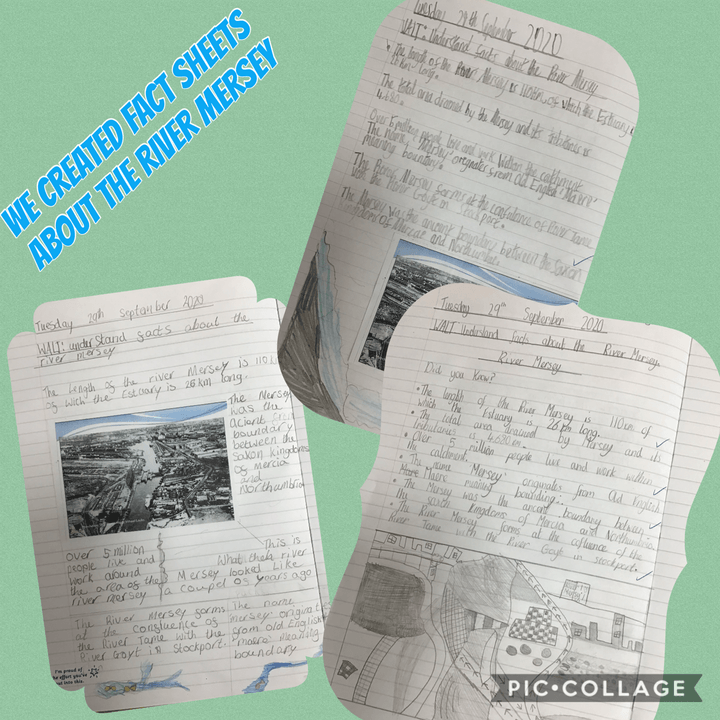 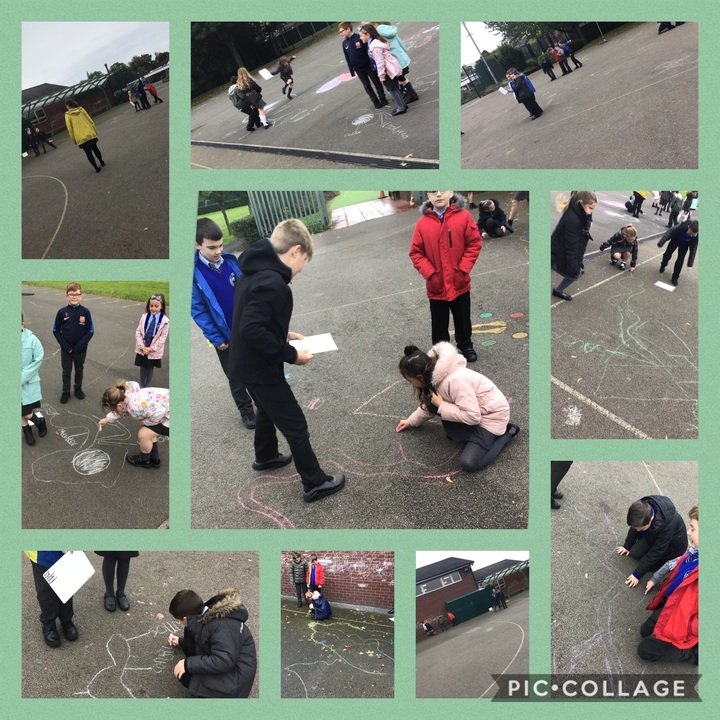 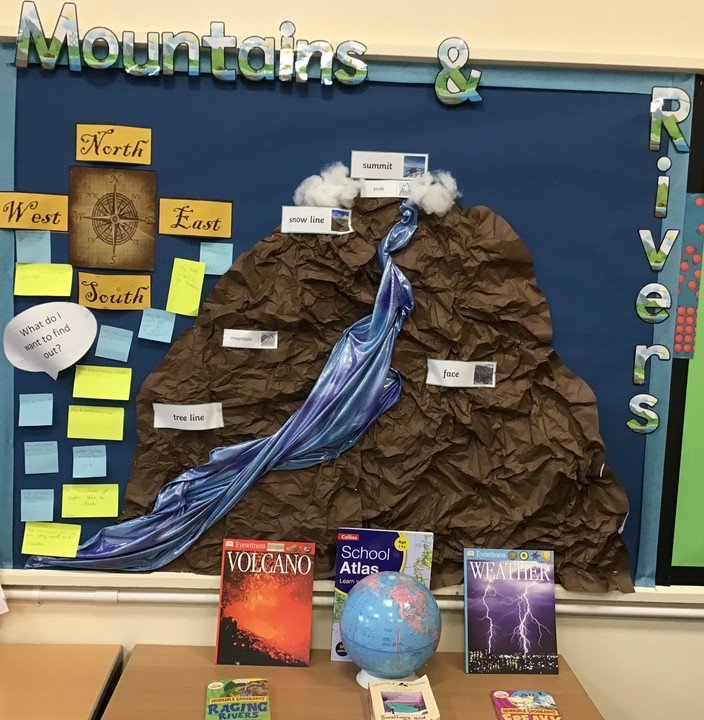 Year 3 have been exploring the regions of the UK. They have been looking at maps and their purpose as well as the purpose of keys. The children compared various regions of the UK in terms of their population and climate. They also used their map reading skills to find main cities within regions. In addition, the children studied how an area changed over time, exploring both human and physical changes over a 130 year period using DIGIMAPS. They also researched and presented information about a chosen region of the UK.

In Year 6, the children were Town Planners in Geography and using aerial photographs and satellite images, looked at how land changed as the needs of people changed. They focused on how the geography of Trafford, Greater Manchester had changed and the reasons for this. They also considered what the needs of people would be in the future following the recent events in 2020. They discussed and presented information on how this will change our local environment, in terms of housing, shops, leisure and transportation.

In Year 2, during home learning, the children learnt about the seven continents of the world and looked at where they were in relation to the UK. The children then studied the similarities and differences between Jamaica and England, in terms of human and physical features, as well as temperature and population.

Year 6 researched the human and physical features of Europe during their home learning. The children also focused on map skills such as identifying the Equator, Tropics of Cancer and Capricorn and how they affect the climate of Europe. They can identify the main capital cities and rivers of Europe as well as some famous landmarks!

This Spring, the children will be learning about the importance of the River Nile to Egypt. They will learn which countries it flows through and where it is located. The children will develop their understanding of irrigation and how this is vital to the growing of crops as well as supporting settlements. They will also learn about technologies being used along the Nile to aid irrigation. Transportation is an important aspect of life by the Nile and we will explore which goods were carried along to the Nile and why. 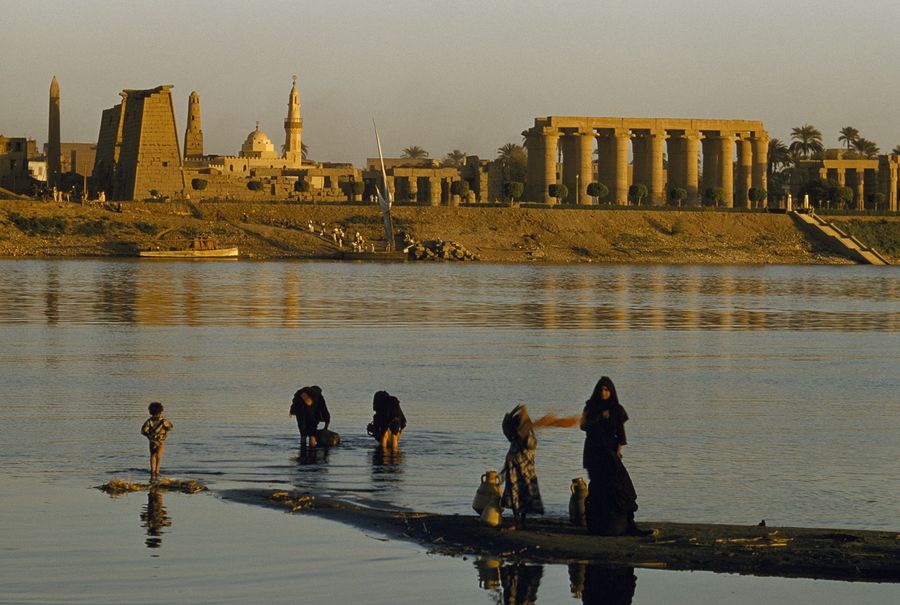 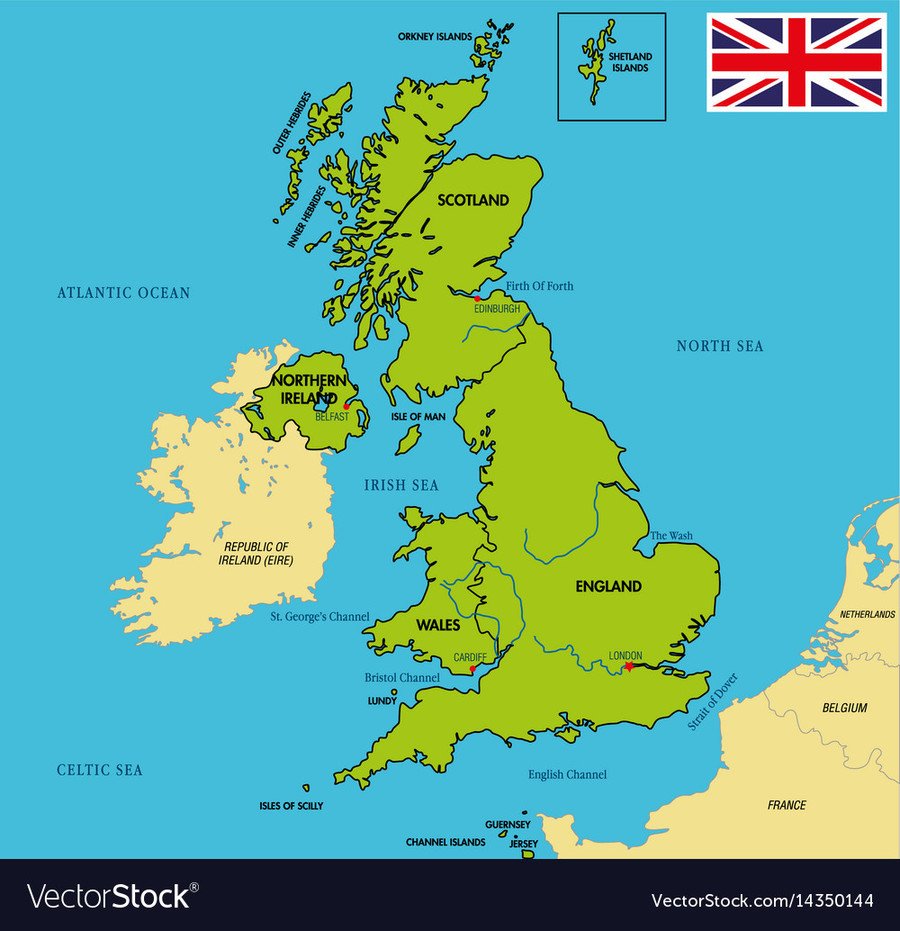 This Spring, Year 5 are studying the Regions of the UK and labelling each region from a map. This was learning that should should have been in Year 4,  last year though due to Covid, it wasn't taught in school. As a result, we put this learning into Year 5 to ensure there were no gaps in knowledge or skills.

The children will focus on the human and physical features of the North West as well as using map skills to find the population and climate in the region. 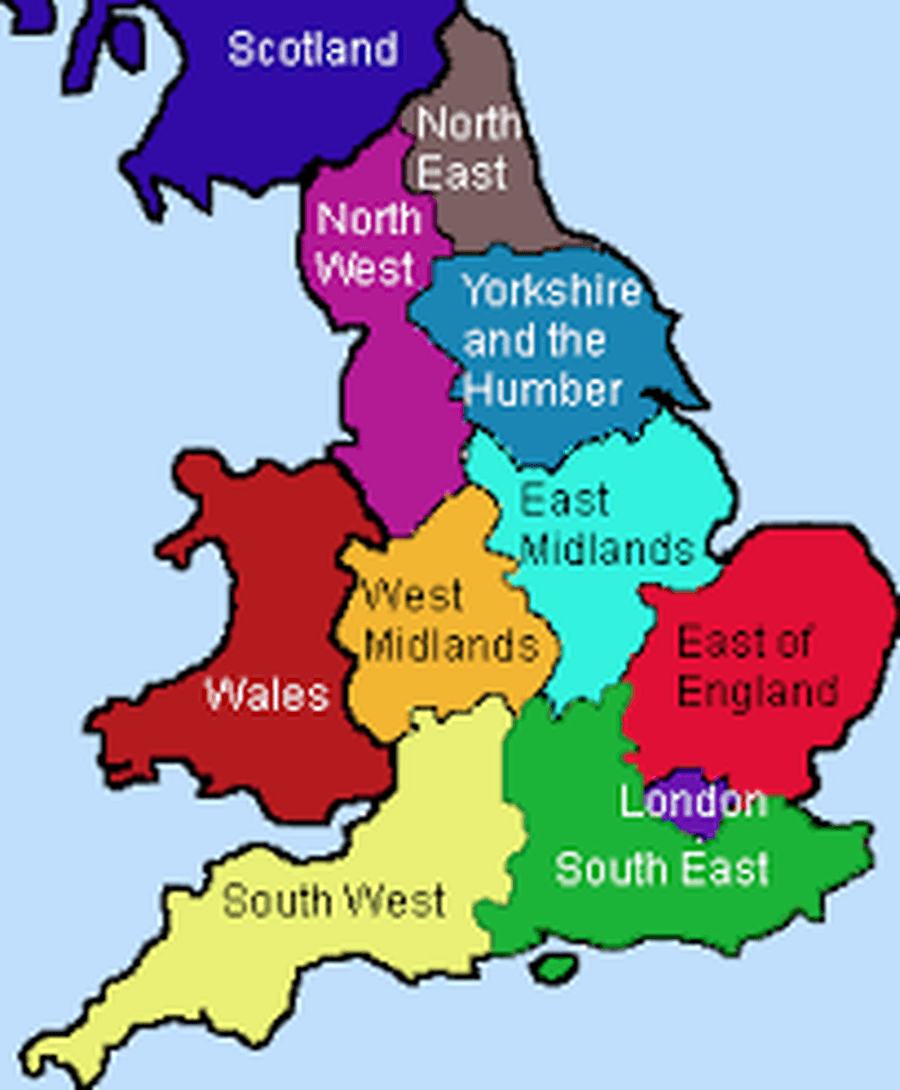